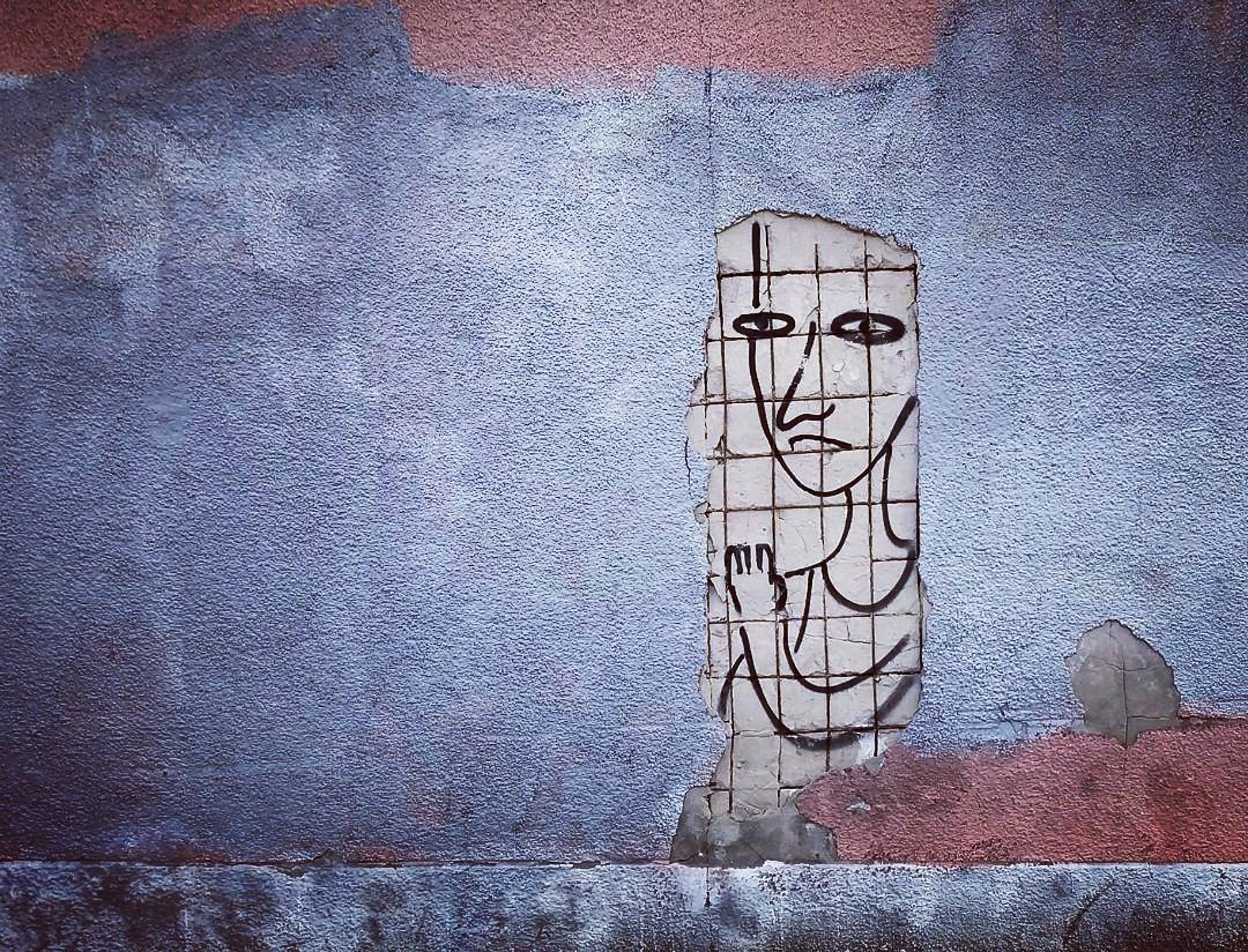 When the unruly buddha was very young, he used to tell himself stories. In bed, when he was supposed to be asleep, he would spin yarns, fantastic fictions that kept him awake well into the night. He might grab his favorite stuffed animal, a little plush bear, and tell a fantasy about flying in a rocket ship, out into space, to encounter an asteroid that was plummeting toward the Earth. He and the bear would take care of things, divert the asteroid, and save the entire planet.

One particular night, he lay in his bed, picking at the wall, trying to see if he could smooth out the tiny little bumps in the textured drywall. His mother had tucked him in and his father had said goodnight, but the unruly buddha could not sleep because he kept reliving certain events from earlier that day. He thought back on his actions, how in a moment of fun and whimsy, during his art class, he managed to fling paint across the room and stain the dress that one of his classmates was wearing. The girl cried and told him that this was her favorite dress, a new dress that had been given to her as a gift.

Over and over, the unruly buddha replayed the event in his mind. He thought about each decision he had made leading up to that moment. He thought about how much paint he had decided to put on the brush and how he loved to see it splatter against the thick paper that the teacher had given him. If only he hadn’t delighted so much in those random patterns, then he wouldn’t have loaded that brush up with so much paint. But those wonderful splatters reminded him of the night sky that he saw in pictures: illustrations in storybooks and photographs in the astronomy magazines that his elder sister often pored over. He wanted to see stars like that, but he lived in the city where only the brightest few could be seen, even on a cloudless night. If only he didn’t live in the city, then he would see stars like that and not have to paint his own! Then he certainly wouldn’t have loaded his brush up with so much paint, flung the paint at the paper, and splattered it all over the poor girl’s dress.

Thus did his mind wander down the chain of cause-and-effect, supplying reasons and conditions for each moment that led to his flinging that paint and ruining that girl’s dress.

When, at last, he had finished this chain, finished looking into the past, following it back as far in his own history and his parents’ history as he possibly could, he turned his attention to the present. He thought of the girl. He could almost see her. She was in her bed at home, just like he was, picking at the wall and thinking about how much she hated him. She had probably told her parents. Her parents would be furious that some kid had ruined their daughter’s dress, ruined her day, ruined her week! They would call the unruly buddha’s parents and demand that they buy a new dress for the little girl. But his family did not have much money, at least not any extra, so they would have to save to buy a new dress. It was, after all, a very nice dress, he thought. He would have to open up his piggy bank and turn over his allowance. His parents might have to work extra shifts, so they wouldn’t be able to take him to his baseball game. If he missed a game, the coach would probably kick him off the team. Thus, again, the unruly buddha’s mind wandered, working its way into the future, following cause-and-effect until he lived out a joyless, baseball-free existence.

Eventually, though, the night caught up with him, and the unruly buddha fell into a deep sleep.

The next morning, he woke up, and his fears were still with him. The previous night’s stories seemed more real than ever. He even thought that his dreams might have elaborated on them, shoeing even more ways in which his mistake would be his undoing! The more he thought about it, the more he felt sick to his stomach. He begged his mother not to take him to school. He worried about what the little girl would say to him. But his mother explained that she had to go to work, so she helped him get dressed, eat breakfast, brush his teeth, and get on his way.

When he arrived at school, he kept an eye out for the little girl, and he saw her almost immediately. She was playing Four Square with some friends. She made eye contact with him and called him over, gesturing with both her hands. The unruly buddha felt a shock of pain shoot through his gut. He was going to walk over there and she was going to let him have it.

Best to get this over with, he thought.

So, like a child readying himself to rip off a bandage that has stuck to the little hairs on his toe, the unruly buddha steeled himself and walked over to the little girl. He tensed up his body, drawing his shoulders in and squeezing his eyes closed so tight; holding his breath, he braced himself as she opened her to mouth to speak.

Air filled the unruly buddha’s lungs, his shoulders relaxed, and immediately he felt at ease. He nodded his head and got in line to play.

As the day progressed, the unruly buddha forgot the stories he had told himself the night before. He eased into the morning, watching his every step so that he wouldn’t make a foolish mistake again. But by the afternoon, he had once again become his boisterous self. More than once, his teacher told him that he must quiet down or keep his body still or refrain from touching the other students. The unruly buddha, however, couldn’t help it. He was filled with the love and joy that seemed to accompany the little girl’s forgiveness. At one point, though, his rowdiness became too much for the teacher. She sent him out in the hall and told him that she’d be calling his parents later that day to let them know exactly how unruly he had been.

When the unruly buddha got home that afternoon, he worried what his parents would say. During TV time and dinner, he sat patiently, waiting for either his mother or his father to speak up, to let him know how disappointed they were. But their reprimands never came. After dinner, he read in his bed until it was time for lights out. His mother came to tuck him in and his father to say goodnight. They seemed good natured and did not say anything about his misbehavior at school that day.

When the light was out, the unruly buddha grabbed the little bear, held him close, and rolled over to the wall once again. He dug his fingernail into the drywall, trying to smooth out the bumps, and he soothed himself by telling stories, fantastic stories about the past and present and future. He went to imaginary places in his worry: the events that led to his misbehavior, tracing them back to the Big Bang itself—something he’d heard of from his sister and her astronomy magazines—and thinking about the punishments that his parents and his teacher were devising for him right at that moment, and how they would lead to future sorrow.

Thus, the unruly buddha fell asleep into a world of his own creation, spinning his fictions into the night.

And it took him years to wake up.